To inspire and educate through meaningful space research.

After several months focused on establishing other operations, development of EAARO's data centre is underway once more. Preparation and cabling of the server room are nearly complete, and volunteer Rob has begun examining and formatting the servers donated to EAARO by GE last year. We're looking forward to some super computing! 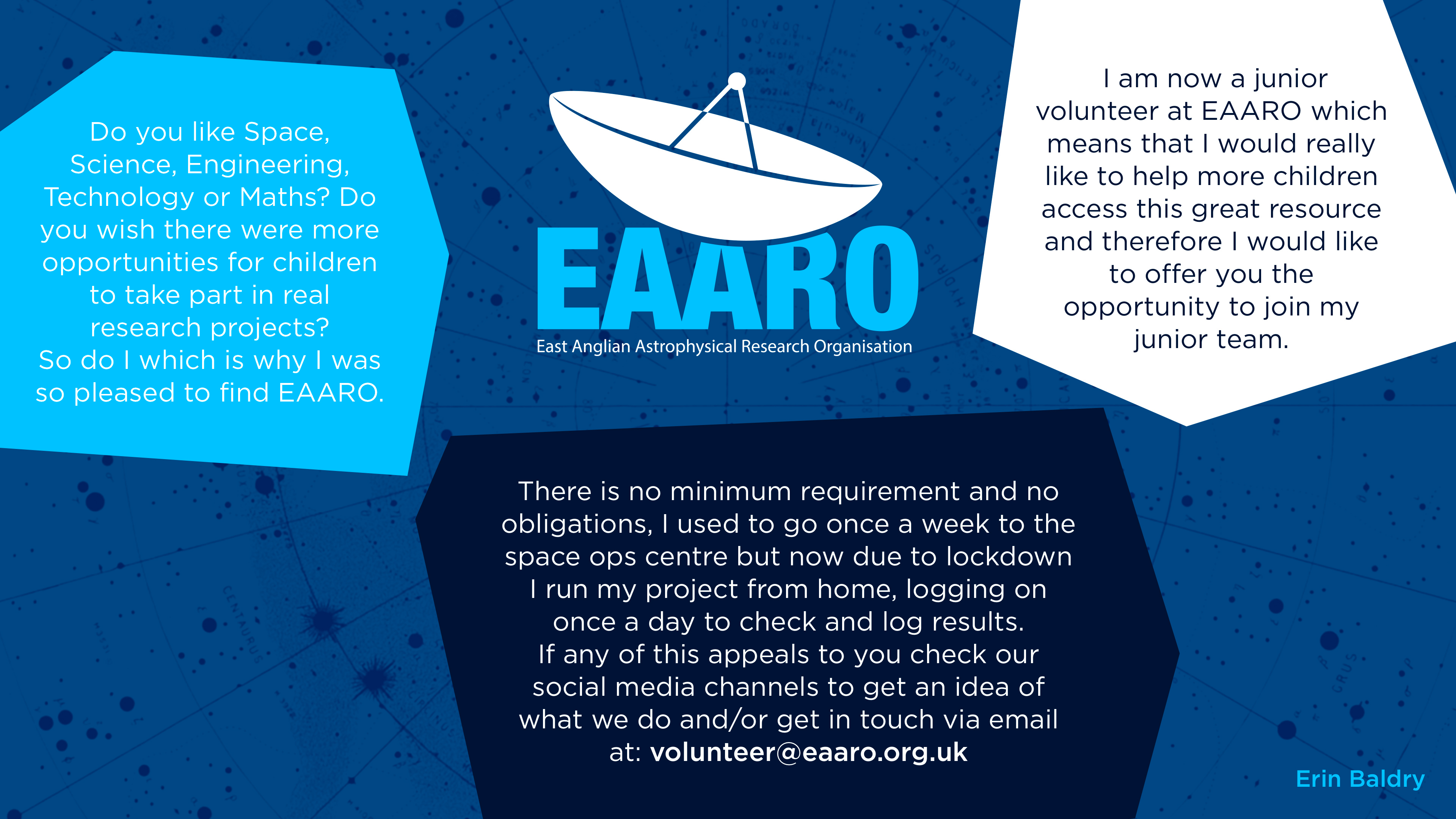 Join EAARO’s Junior Team and participate in real meaningful space research with a fast growing UK Space Research Organisation. If you are under 16 and want to get involved please contact us at junior.team@eaaro.org.uk. 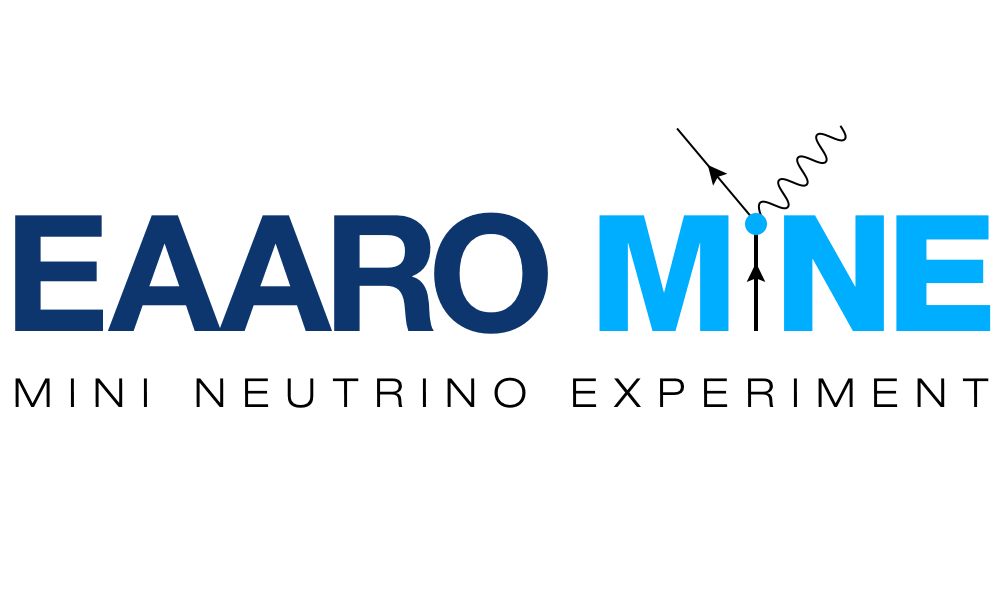 EAARO has plans to build a compact neutrino observatory in the east of england. Using bespoke cherenkov detectors, the team will search for weakly interacting neutrinos along with other cosmic particles generated by high energy astronomical events.

EAARO talks space on the radio! 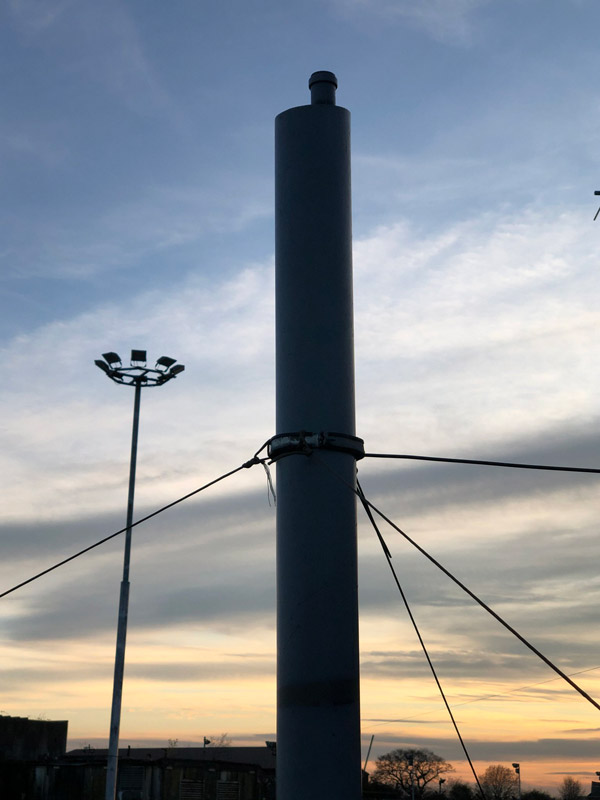 Our new external VLF Antenna is under construction, forming the receiver for our Sudden Ionospheric Disturbance Detector. We'll be using this to monitor sudden changes in our upper atmosphere due to solar activity such as solar flares and coronal mass ejections (large explosions in the sun's atmosphere).

Increases in solar activity affect a layer of the atmosphere 42-161 miles above the earth called the ionosphere, causing it to strongly reflect certain types of radio waves. During the day Very Low Frequency (VLF) wavelengths are reflected between the Earth's surface and the ionosphere D-layer. Our detector will monitor a number of VLF transmitters around the world to detect subtle changes in signal strength which can rise for several minutes after a solar event.