To inspire and educate through meaningful space research.

Inspired by Frank Drake's pioneering attempts to search for ET, and the work of the world famous Arecibo Observatory in Puerto Rico, EAARO are exploring some of the novel ideas of cosmologist and EAARO patron Paul Davies to seek signs of extra-terrestrial intelligence.

Davies has argued that the search should look and listen for the technosignatures of astroengineering, interplanetary mining and spacecraft propulsion systems that might be expected from advanced civilisations. Another of Davies' ideas is that signals from an extra-terrestrial civilisation are likely to be broadcast as a beacon sweeping cyclically like a lighthouse rather than be directed specifically towards the Earth. He recently told Nature: "I think SETI needs to revise its strategy and point its telescope towards the centre of the Galaxy for many years to maximize the chance of picking up such a transient signal." 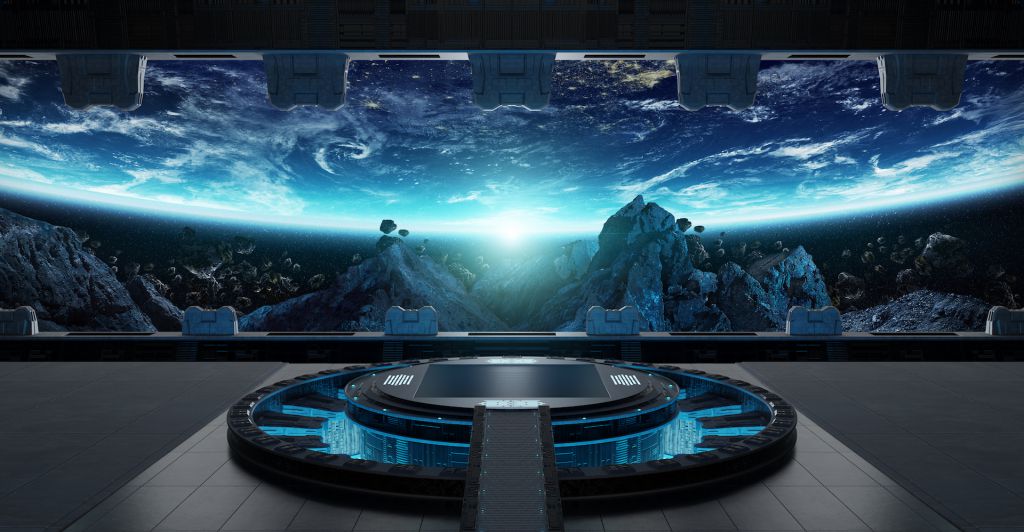 EAARO will be pursuing Davies' approach and are currently in the design stage of a 30M Radio Telescope based on the former Ohio State University 'Big Ear' telescope built by Dr John Kraus and his team which detected the legendary Wow! Signal back in 1977.

Unlike most radio observatories EAARO will search for extra-terrestrial signals 24/7, hoping to become the first to find signs of extraterrestrial intelligence in our universe.

The observatory will provide inspiration and education for all interested in particle physics and the wider STEM subjects.

What is a Neutrino?

A neutrino is a subatomic particle that is very similar to an electron but has very little mass and no electrical charge. Neutrinos barely interaxt with matter, which makes them incredibly difficult to detect. They are by far the most abundant particles in the universe; about 100 trillion neutrinos pass through your body every second without interacting with any of the particles in your body. The combination of that ghostly presence and the important role neutrinos play in the universe captivates physicists.

Neutrinos also provide a tool to study the structure of nucleons (protons and neutrons) to learn how matter evolved from simple particles into more complex composites of particles, creating everything around us.

Early astronomers such as Galileo Galilei and Johannes Kepler began used optical telescopes as a means for exploring the skies with visible light. In the 1930's Karl Jansky at Bell Laboratories was able to measure radio waves coming from the Milky Way, and in 1990 the Hubble Space telescope was launched which was able to look at light from the galaxy in the infra-red.

Up until now all these observations were made within what is known as the Electromagnetic Spectrum of which light is a part. Following recent discoveries around the world the advent of neutrino astronomy has arrived allowing the possibility of viewing the cosmos through the lens of the neutrino by detecting their direction to map their origin.

How will EAARO detect neutrinos?

In 1934, a soviet scientist, Pavel Cherenkov observed a faint blue light around some radioactive material in water during some experiments. Cherenkov Light or Radiation is emitted when a charged particle travels faster than the light it emits, because light moves slower in a dense medium. It's a similar effect to the sonic boom when an aircraft breaks the sound barrier.

Our detector tanks use water as a transparent medium for cosmic particles to pass through. When a highly charged neutrino collides with the nucleus of an atom in the water, the tiny flashes of Cherenkov light produced are detected by very sensitive light sensors submerged in the tanks and converted into electrical signals, so we are able to record the events. By analyzing the light patterns produced in these neutrino events we can calculate their arrival directions, and their energies.

Our detectors will be placed underground to help shield them from the noisy background of other cosmic rays interacting with particles in the atmosphere. We will detect neutrinos passing up through the earth which will further helps to separate the neutrinos from the other unwanted charged particles.

In 2014 David K. Scott (Former Scientific Director of the Cyclotron Laboratory and Chancellor of the University of Massachusetts Amherst) kindly donated some land from his childhood home on the northern most of the Orkney Islands off the coast of Scotland. The small island 4 miles long and 2 miles wide, with a population of 80 people and a handful of crofts makes this an ideal location to site an interforemeter based meteor radar. As well as providing more accurate data than our current observatory, it will be a pioneering first step to bring astrophysics to Orkney and provide more exciting opportunities to get people involved with our research. 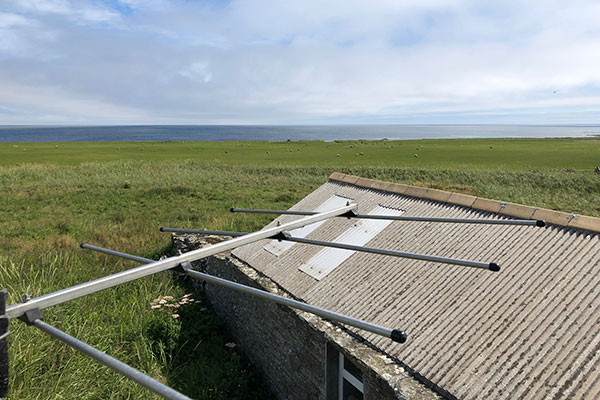 Using a 5 element interferometer to determine position and strength, and two outlying stations to determine trajectory, EAARO's accurate measurements of reflected radiation will provide valuable data to the scientific community about the behaviour of meteors entering the atmosphere above the UK.

In 2016 the team established a simple receiving station on the island, and undertook a maintenance visit in 2019. Plans are now being drawn up for the next phase of the project. Stay tuned for more news! 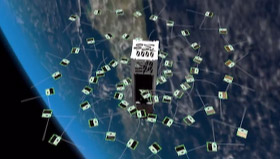 EAARO is delighted to have been involved in Zac Manchester's recent KickSat satellite mission.

Our goal was to detect and decode the radio signals transmitted by the Sprites using bespoke ground station facilities at our radio observatory site in Hertfordshire, UK.